10 for 10 with Tyler McCandless – Interview with JT Service 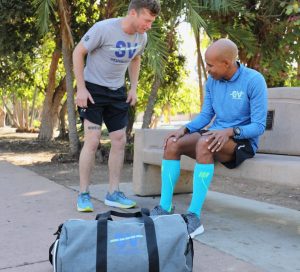 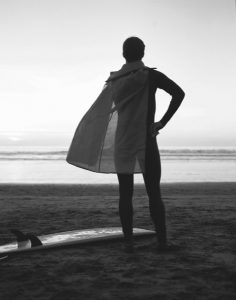 It’s a freaking high speed roller coaster. I’m up, I’m down, I’m all around. It kind of feels like a high stakes game of poker…but it never ends. Trying to build a business, keep people happy, stay active, and work through my personal life. It’s basically like everyone else. It’s wild.

2) Sounds exciting, but it also sounds like you need a week in Kauai?

My annual Kauai Marathon week is my FAVORITE week of the year. It’s a week where I can leave my problems and stress on the mainland, pack more surfboards than running shoes, and play golf with Bart Yasso. It’s basically like living a dream.

3) How long have you been coming to The Kauai Marathon and Half Marathon?

I’ve been lucky enough to be involved with the event since the beginning. I came out 10 years ago and it was one of the most fortuitous opportunities of my life.

4) What brought you out in year one?

At the time I was representing Dean Karnazes as his agent and charity director. Dean got a solid offer to appear at the race, speak at the expo, and just do the Dean thing. Dean has a secret surf background so he jumped at the opportunity. Coincidentally the race organizers were looking for support of their expo coordination so I took on double duty and started working with the organizing committee. Such a legendary crew and I’ve learned a ton from Race Director Bob Craver and Race Owner Jeff Sacchini over the last ten years. They’re both mentors.

5) But thats not all you did that first year, am I right?

Well, yes I also accidentally won the first Kauai Marathon. Basically because you weren’t there. You were probably still in college. I’m old now.

6) So you worked for Dean that week, organized the expo and then won the race? Are you crazy?

You failed to mention I partied extremely hard almost every night with the race crew. Oh to be young again. I still do the same thing, but I can no longer finish it off with a marathon win.

7) So over 10 years what have been the biggest changes?

Honestly, I’m most proud of the community elements that have been added to the event. The free community shake out run on Saturday, the Keiki Race (aka Kids race in Hawaiian), The Kauai Marathon Youth Running program and just the year round activation. I believe the island is a slightly healthier place because of the marathon. I know it’s only one weekend a year, but it leaves a lasting impression.

8) What is your best memory from the event?

I have so many good ones, but honestly most of them come from the Keiki Race. One time in particular we had a special needs participant running in the two lapper. They fell way behind the pack, but they wouldn’t give up. Without encouragement, all of the kids that had already finished decided to join the final runner and just help them across the finish line. There wasn’t a dry eye in the house and that is why we produce a kids event. It builds character, promotes fitness and people like you make it fun.

9) Beautiful memory. How about the people? My favorite part of the marathon has been the numerous friendships made, any people come to mind when you think of the event?

Great question. So many people. I talked about some of the staff already in Bob and Jeff, but really the entire staff has become a second family. Robin Jumper, Tommy, you, Pam, and just everyone. Beyond the staff there are friends like Godwin Esaki and his banana farm. He’s my sensei. There is the Sirois Family and all of the Modesto volunteers. I already mentioned Bart but he’s one of my idols and just a solid dude. Almost forgot all my friends from Japan. There are too many people to mention, but I love you all.

Honestly, I expect bigger and better than ever. There will be tons of good energy around the 10th annual, legacy runners, fast runners, party people, beach days, surfing, golfing and just a beautiful event. After nine years of experience, I believe the runners are in for a treat. Join us and start your own tradition!